Above all, Kelly Engram’s favorite past time is gardening. It began after purchasing a fixer-upper house in San Marcos in 1996. 11 years later, after much trial and error, she won Yard of the Month, and gardening became a priority. Many afternoons were spent toiling in the garden and developing an understanding of fundamental design principles, drainage, topography, regional materials, and plant characteristics as well as ecological requirements.

Years later, with a graphic design background, Kelly created her own landscape plan and the contractor hired to do the work was very impressed. Therefore, he asked her to design plans for his clients.

Not surprisingly, the need for an independent landscape designer in the San Marcos area became apparent. Kelly Engram’s process is fed by clear communication and a commitment to deliver a plan on time and meets the scope defined by you.

Additionally, Kelly specializes in residential projects that encourage homeowners to linger and enjoy their outdoor spaces. The designs rely on native and adapted plants and hardscape materials that naturally blend into Central Texas landscapes. Sustainable design incorporating the natural beauty of the region is the bedrock of beautiful Central Texas landscapes. 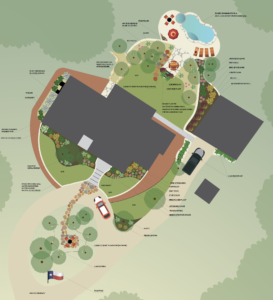 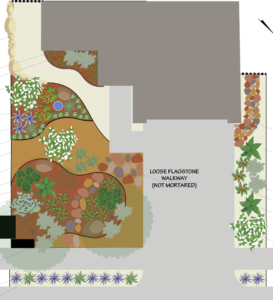 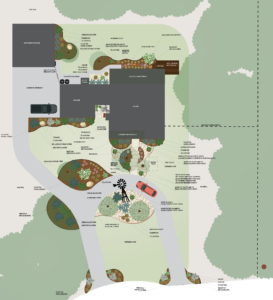 This is the first onsite meeting with you to establish your preferences and needs. Design goals are discussed as well as initial ideas and scope of work.

The site is reviewed for plant and hardscape inventory and analysis. Measurements and pictures are taken. For the most accurate measurements, a site/plat survey should be provided digitally.

After site research is conducted, the landscape design process begins. Your plan is created along with plant and hardscape selections.

The plans are complete, now it’s time for the contractor to install the landscape. We are happy to help with choosing a contractor, consulting and overseeing your landscape project.

Kelly Engram gave me a yard I always wanted but never thought it was a reality. Thank you for all of your ideas as well

Kelly transformed our existing backyard by adding visual interest, which was lacking in our previous design. We first hired a landscaping contractor who didn’t understand

Great Experience!! Kelly made the whole process easy from the design stage to the final plant going in. She created a beautiful design and then

We are so happy with our yard. It’s exactly what we imagined and more. We appreciate your honest, up-front approach and highly recommend you to